So… we’re just going to pretend that I haven’t been gone since Christmas, okay? It’s been quite a few semesters, and I am just glad to be back with everyone here in the blogosphere. (Believe it or not, I actually enjoy writing on the internet.) And that’s all we’re going to say about it.

As some of you may know from my incessant twitter complaining, the bulk of my time recently has been devoted to college. (Final semester, guys—whoop whoop.) As an education major, I  needed to take a geography class, because apparently a teacher should know that Taiwan is in Asia, not southern Africa. *cringe*

Now, I thought I didn’t like geography that much. My expectations consisted of stuffy maps, no interesting historical facts, and textbooks that talk of nothing but global warming (don’t @ me). And while all that was true to an extent, I was surprised to discover that geography is genuinely useful… for worldbuilding?

What does geography have to do with worldbuilding?

Most writers probably know this (or could figure it out), but worldbuilding is exactly what it sounds like—building a miniature world so your characters have somewhere to live. It can involve drawing population maps, researching real-world cultures, inventing languages, writing treatises on political history, building 3D models of city streets… well, the list goes on because worldbuilding is never truly complete.

This is where geography comes in. See, geography is basically all of the above research categories organized into one meta-genre. So, while drifting in and out of the four-page zone, I found myself wondering, “If this stuff is useful for geographers in the real world, and writers are fake-world geographers, shouldn’t I be able to use this for building my own worlds?”

Grab your fancy gel pens and a notebook, or pull up the encyclopædia I told you to make all those years ago. We’re going to be geographers for a day. To do that, we’ll need to think like geographers: using the five categories or “themes” of geography.

Key questions: What makes it a region? How cohesive is it? Where are the boundaries? How does it complement (or compete with) the other regions around it?

Region is mainly about drawing circles on maps. You’ll rarely find a real-world map with just a bunch of castles scattered here and there with nothing but miles of beaten track in between (looking at you, younger self); people stick together and develop their towns in an outward pattern.

Also remember that region can be formal or functional. A formal region is what a region looks like on the map; a functional region is how the people who live there interact with each other. Formally, Dallas and Fort Worth are two different regional places on a map, but in functionally, the two cities work together so closely that we call the resulting metroplex DFW. Ask yourself what the differences are between what the map says and what the world actually looks like.

If you don’t know what this is… okay, I guess I can still be your friend.

Think about where people would naturally choose to live. If your sci-fi culture lives on a mountain range, farmers can only grow crops below a certain altitude and on one side of the mountains due to the rain shadow effect. On the other hand, maybe the more scientific people in the culture have figured out how to build homes and farms farther up on the hills using some fancy irrigation methods. Or maybe a specific type of alien race can eat a type of food that only grows in high altitudes. How would that affect the way the town works?

Key questions: Where is it located on a map? How does that location affect its daily functioning?

As with region, you can describe Location as either absolute or relative. Absolute location is about address, latitude, and longitude; relative location is more about the landmarks and other locations you use to find a place (“the restaurant is three blocks down Main Street, to the left of the hotel”).

Once you know where a given area is located relative to its neighbors, you can begin answering other important worldbuilding questions. So what if Lake-town doesn’t have enough arable land to grow its own vineyards? It’s located so close to the rich soil of Mirkwood, maybe the townsfolk can buy wine from the wood-elves. Though I don’t suppose something like that is ultimately important for Bilbo’s adventure, is it?

Key questions: What makes it unique? What is most apparent or memorable about the culture?

What makes a house a home? To geographers, it’s Place. Here’s where you can get fancy with culture, languages, and wars. Different cultures have different collective personalities and values (some people have even tried to give each country a Myers-Briggs type). Sometimes these traits appear in the physical landscape as well as the human one. You can guess at the different personalities of the Wakandan capital and countryside just by looking at the buildings (or lack thereof). 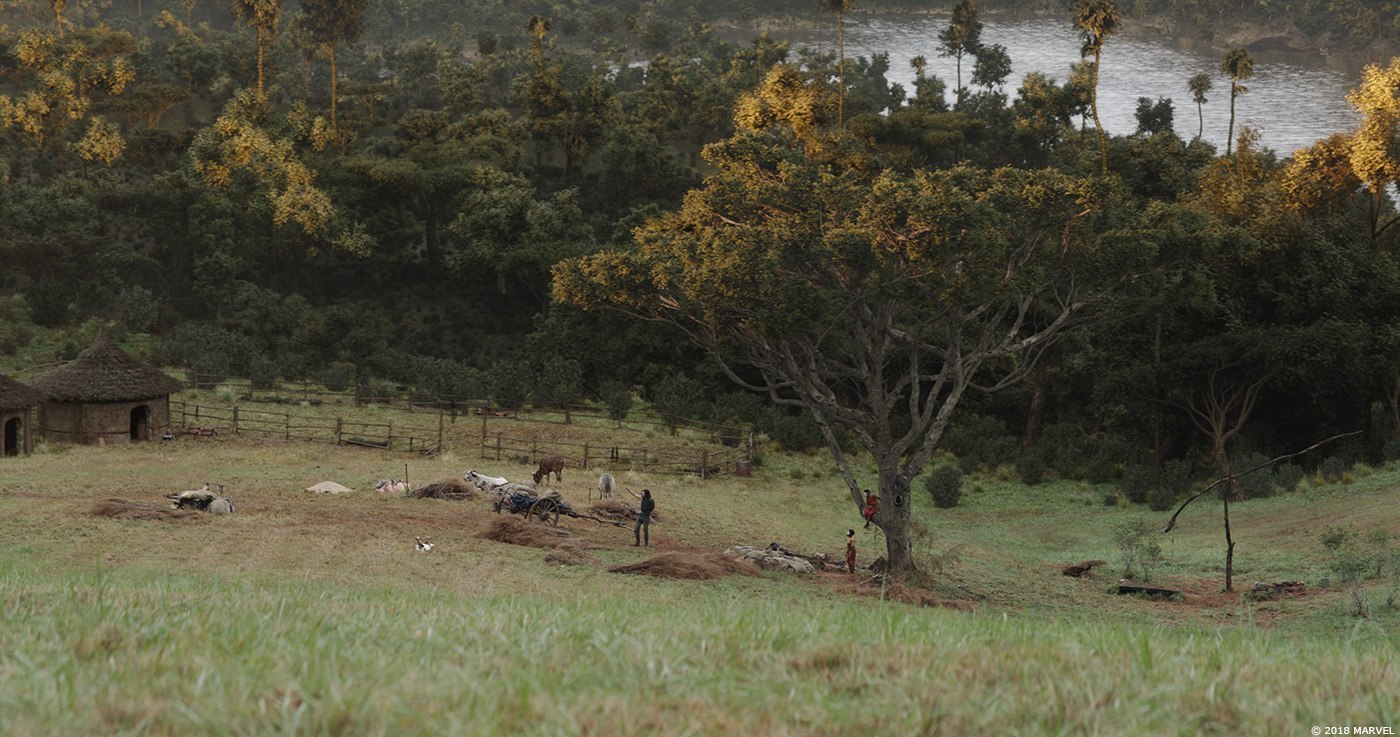 A good question to ask about Place is “How could someone tell what region my character is from?” One of my sneakier characters knows the rigid fashion standards of his country, so he can identify people’s social status just by looking at the length of their skirts or coats. A soldier character could discriminate against people who have a certain accent because he associates them with the space pirates who killed his father. A queen from an absolute monarchical country may be completely out of her element when she visits a more parliamentary-style country.

I could go on, but you get the picture. Place is basically what makes your fake people seem like real people.

Key questions: How does it work logistically? Is there sufficient transportation for goods, money, and people? How connected is it to the rest of the world?

A better word (in meine humble opinion) for Movement would be connectivity. If you want to know anything about how a country works on a day-to-day basis, you need to ask how the people move things through and out of the region: armies, crops, tourists, waste, and everything else.

This may sound boring, but Movement is actually a great source of inspiration for subplots. If your kickbutt assassin gal wants to overthrow a 1760s-style government, all she needs to do is hack the mail system; without a good communication infrastructure, the officials can’t get diddly crap done. If your villain lives in an affluent city, he probably has access to better transportation to and from neighboring cities than your Chosen One from a tiny subsistence-farming town does. And if your rebellion is based in a colony of an empire, the emperor had better have a fast highway or canal to get his armies there in case of an uprising.

Thanks to Location, we now know how hard it is to make the Kessel Run in 12 parsecs. (credit)

Regardless of what other differences might exist, every inhabited place has something in common: it’s made out of humans (or elves, or Twi’lek) and environment that have to interact with each other. And this doesn’t have to be boring or political.

First you need to ask: How have the people changed their natural environment (for better as well as for worse, ya hippies)? When settling in a new area, people usually cut down trees for timber, which can lead to soil erosion, a lack of good farmland, and wildlife emigration. On the other hand, maybe a resilient group of settlers have learned how to irrigate the desert plains. How does that impact the economy?

But don’t stop there. This interaction is a two-way street, so now you need to ask: How has the environment impacted the way people live? People who live on the frigid tundra icecaps are naturally going to build different kinds of houses and tools from those of people who live on tropical coasts. In a chilly environment, waterways are going to freeze over and close during some months of the year, meaning people need to get all their seaborne trading done during the warm months. And of course, we already talked about mountains and farming under Region.

Most of this movie depends on an avalanche that was Totally, Definitely An Accident. (credit)

That’s all I’ve got, folks.

I never thought I’d say this, but geography can be fun. Use your imagination and see what you come up with. The more you build your world, the more real and amazing it will become.

Did you have any brilliant flashes of inspiration? Please tell me some of your worldbuilding ideas in the comments!

5 thoughts on “How Geography Helps Writers With Worldbuilding”